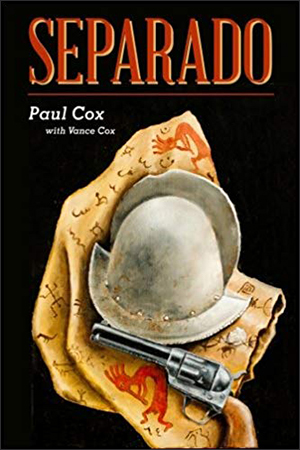 After twenty years of chasing renegades and bandits in the hostile Arizona and New Mexico territories, Conway Fargo headed east. Hoping to start a new life, he took a job in Chicago with the Pinkerton Detective Agency. But the manner in which Conway Fargo dealt with criminals was far too violent for eastern society. To keep him out of trouble, the Pinkertons reassigned Fargo to guide two young, aristocratic couples and their Cherokee chaperone to the Navajo reservation. Unknown to Fargo, or the Cherokee woman, the couples had no interest in the Navajo. Instead, they were secretly bound for Hawikuh, an ancient Zuni pueblo. In possession of a map, the couples were seeking the lost treasure of Cibola, one of the Seven Cities of Gold sought in 1540 by the conquistador, Coronado. Unknown to the couples, however, Fargo was not the harmless middle-aged guide they assumed could be deceived. He was a man-hunter. The Apaches called him Tats-a-das-ago or Quick Killer. The whites called him The Parson. The Mexicans said he was the hand of God, a man they called Separado.

Separado is companion book to Red Bluff of Tucson which covers two time periods in the life of Conway Fargo, 1862 and 1882. Separado follows Conway Fargo in the year 1880.