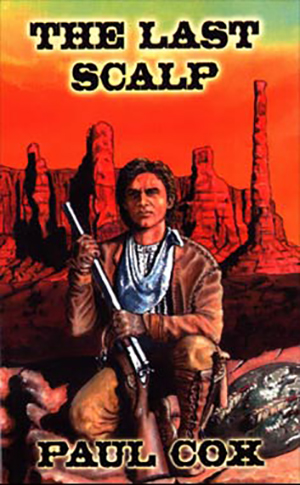 When the Civil War began, troops were pulled off the western frontier. Some fought for the South and some the North but the settlers were left on their own to survive. Seeing the military withdraw, the Apaches and Comanches of West Texas assumed they had driven them away. Feeling victorious and wishing to regain their homeland they eventually began to attack the settlers that remained.

After the war was over, the Reconstruction government of Texas continued to ignore the pleas of the settlers for protection against the Indians. The year of 1870 was destined to be one of the bloodiest in Texas history, yet the eastern military establishment dismissed the reports sent to them by farmers and ranchers living along the frontier border. General Sherman had no sympathy for Texans, but was also convinced their claims were exaggerated. Finally, Washington responded but it was too little and too late.

The men and women that lived on the western frontier made history and some, without knowing any better, accurately recorded the way it was. This story emerged after researching those sources that still survive. Rare and nearly forgotten books with time-yellowed pages describe a land filled with hardship, courage, love and, at times, unimaginable cruelty and violence. With Indian Affairs in the hands of corrupt agents and inept Eastern romanticists, hundreds of families and individuals were slaughtered.

For whites, and eventually the red race, the combination of government apathy, arrogance and greed was catastrophic. In this battleground of two radically different cultures, ordinary people were called upon to do extraordinary things.

The Last Scalp is a story of a man fighting for vengeance, a woman fighting for her child, and their fateful encounter. It is an education in history and a celebration of the resilience of the human spirit.

order now on amazon »
available as audiobook »
“Exceptionally well researched and historically accurate, this exciting novel pulls the reader right into the pages and holds them there till the end. lf you’re an enthusiast of western history you can’t pass this one up. This story is as thrilling as the saga of Hugh Glass.”
Ray Miller
Former mayor of Sandpoint, Idaho and retired teacher of Sandpoint High School
Copyright © 2023 Paul Cox. Site by Keokee Media + Marketing.